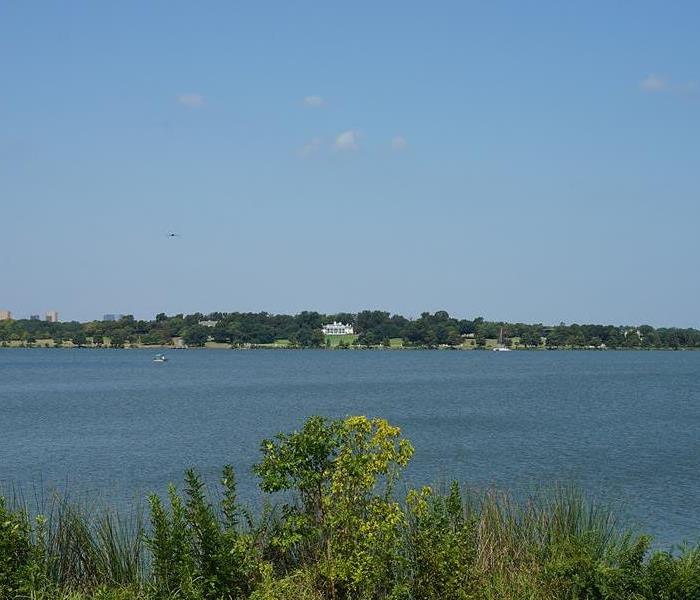 A stunning view from White Rock Lake. A popular destination.

Before it was a lake, White Rock Lake was a collection of farms owned by the Daniel and Cox families. The first record of the Daniel family farm is in the Family Bible of Thomas Walker Daniel. He and his wife Frances Herndon Daniel seem to have moved to the White Rock area in the late 1830s and early 1840s. Daniel's son had a good friend during the civil war named Cox. When the war was over, the Cox family moved to land adjacent to the Daniel family.

Construction on White Rock Lake began in 1910 in response to a water shortage in Dallas. After the lake was completed in 1911, residential construction around the lake increased, and in the early 1930s the Dallas Park Board, with the help of the Civilian Conservation Corps (CCC), began developing the lakeshores into a municipal park. The White Rock CCC Camp was established at Winfrey Point and included eight barracks buildings. For several years, the men of the CCC deepened and widened the lake, built numerous limestone rock buildings, and made recreation improvements to the park.

At the outbreak of WWII, the U.S. Army used the CCC camp as induction point for new recruits.

By 1992 White Rock Lake Park was a center of recreational activity for central Dallas, providing picnic areas and bicycle and jogging paths.

All that is left of the Daniel and Cox farms is the old "Daniel-Cox family cemetery." The Daniel family fell upon hard times and when the cemetery was renovated, the Cox family contributed funds to renovate the cemetery so the current sign reads "Cox Cemetery".