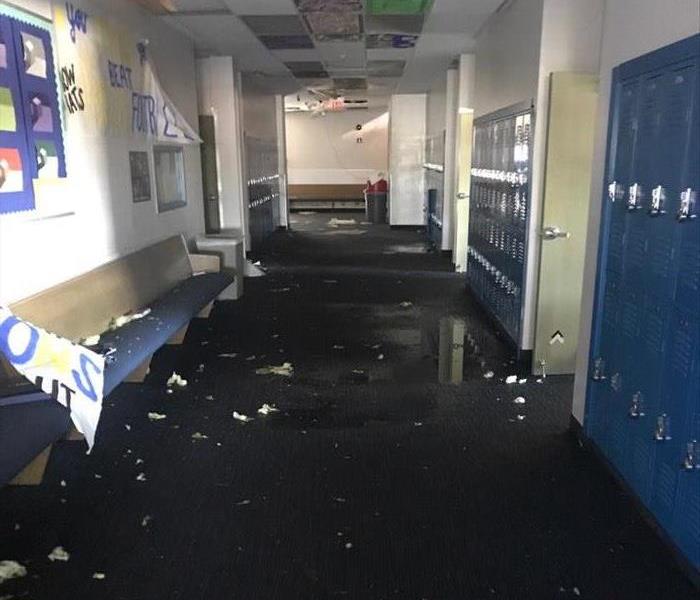 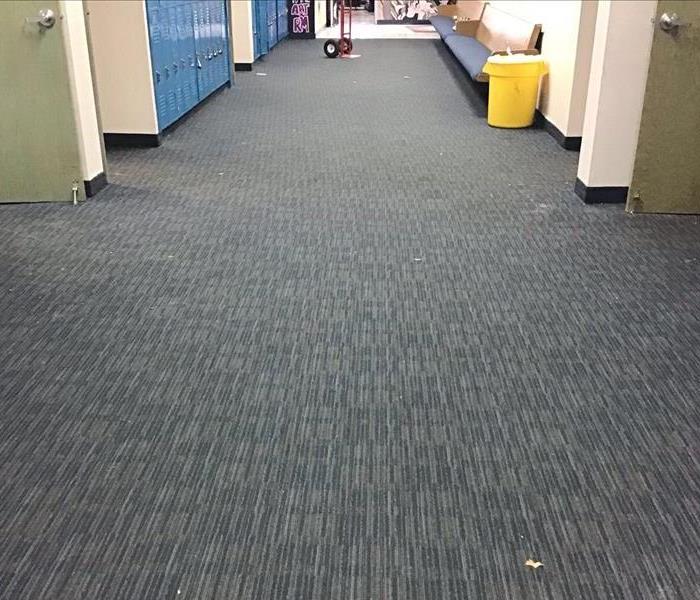 This flooded hallway in a school in Dallas was one of the results of roof damage caused by a tornado.  The hallway in the before photo was flooded with over an inch of water from the rain that poured through the damaged ceiling.  Water pooled in hallways, classrooms, bathrooms, the front office and lobby, and the library.  The after picture was taken a few days later after SERVPRO of East Dallas extracted the standing water, put fans and dehumidifiers in the dry the carpet, and cleaned the debris.  Thanks to our quick drying efforts, the carpet did not have to be replaced.

View More Before & After Photos